The ears attain 80% of their final size by the age of 4 and it is quite safe to carry out the procedure from that age onwards. When meeting your surgeon, he will ask for a general medical history and details of any previous ear surgery. Ear asymmetry is usual and will be pointed out at your consultation. We will naturally aim for improving the symmetry as much as possible although it will never be perfect.

Pinnaplasty can be carried out under general anaesthetic (it is usually recommended for children) or local anaesthetic and may be carried out simultaneously with most other facial surgeries. The incisions are generally placed behind the ear The cartilage of the ear is remodelled and on occasion, some of the cartilage may be removed. The sutures (stitches) are usually removed one week post operatively or may be absorbable which will not require removal.

The correction of prominent ears is one of the most common and pleasing operations in aesthetic plastic surgery. The results are usually excellent and everlasting giving the ears a natural appearance and the individual increased confidence.

After surgery, the ears will be covered with a head dressing which must be worn for one week. After this it is advisable to wear a light headband for eight weeks at night and during any contact sports.Occasionally a bandage may slip post operatively causing one ear to heal in a slightly different position to the other, which may necessitate minor correction under local anaesthetic.

It is normal to feel moderate discomfort following pinnaplasty. There may still be some bruising and swelling on removal of the dressings but this will settle rapidly within a week or two and the improvement in the prominence of the ears will be apparent. Numbness is fairly common, but the ears will eventually return to normal. Mild infection is possible around the stitch line after surgery but this is usually resolved quite quickly. Particular care is taken during the operation to stop any bleeding from the small blood vessels divided during surgery. Occasionally a small blood vessel leaks post operatively causing bleeding and this may necessitate a return to the theatre. However, this situation is rare.

You should arrange for someone to drive you home from hospital.

You will experience mild to moderate discomfort after your surgery and it is recommended that you take one or two pain relieving tablets (such as Paracetamol) on a regular basis for the first few days. DO NOT TAKE ASPIRIN OR ANY PRODUCTS CONTAINING ASPIRIN as this may prolong or cause bleeding in the early post operative period.

There maybe some swelling and bruising following surgery, though this should settle over the first week. You are advised to sit upright throughout the day and prop yourself up with a couple of extra pillows at night for the first two weeks, post operatively. It is important to rest as much as possible for the first 48 hours after surgery, after which you can recommence gentle activities and household chores, but should refrain from undertaking sustained exercise for at least two to three weeks.

You are encouraged to move around at home as much as possible and not lie in bed for protracted periods as this would increase the chance of a post-operative thrombosis in the leg or lung (DVT or PE). You should avoid getting theoperation site wet for the first week. The head bandage will remain undisturbed for 7-10 days. You will then be seen by the nurse in the Dressing Clinic who will remove this and inspect your ears.

You must then wear an elasticated headband each night for the next month to help maintain your ears in their new corrected position. Once the incision behind your ear has healed you can get your ears wet in the shower each day, as this will speed up the healing process.

I always advise that it is very important to stop smoking prior to your operation in order to reduce the risks of complications such as infection or slow healing of the wounds. You should avoid smoking for the first two weeks post operatively.

Massage and moisturise the scars behind the ear 3 times a day with a good quality moisturiser. Naturally, the scar will take some time to mature. The delicate scar tissue is at greater risk of sunburn if exposed to the sun, therefore, you are advised to avoid sun exposure to any scar tissue for the first six weeks of healing.

Though the vast majoity of patients experience an uneventful post operative recovery, if you develop any of the following you should contact Mr Armstrong’s team: 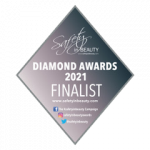